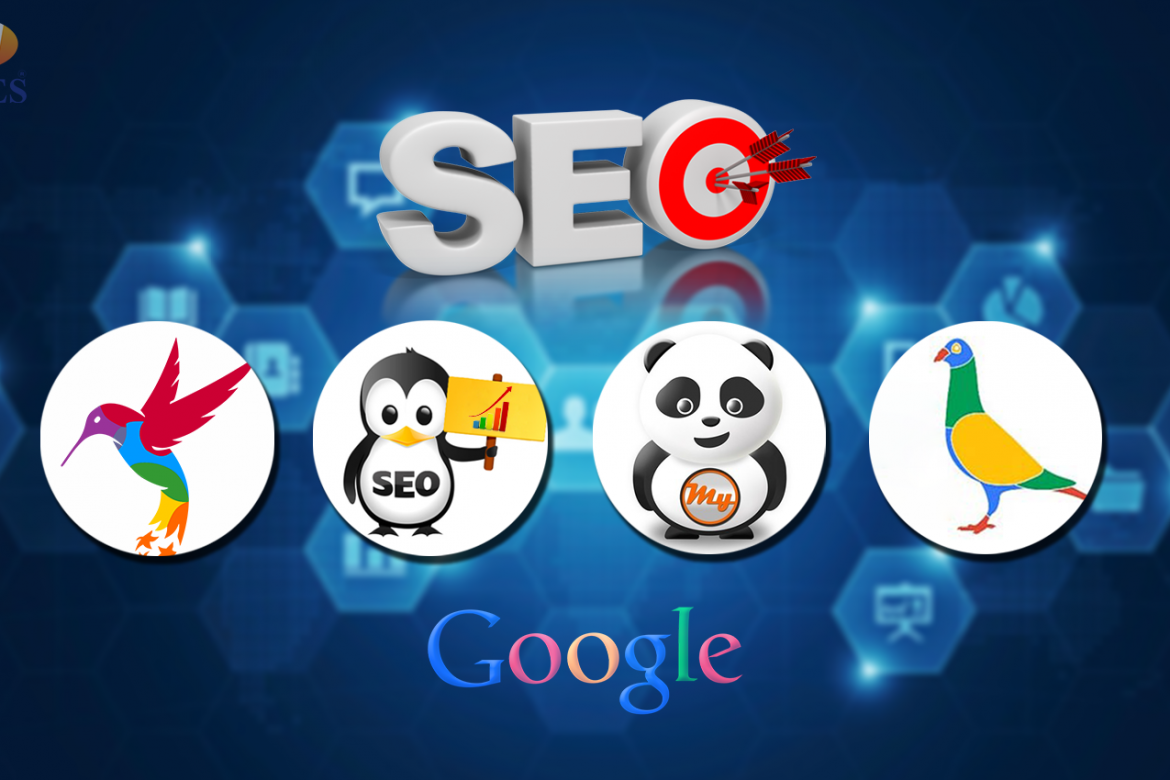 SEO plays an important role in building up of your business from time to time. SEO tools are the absolute solution needed to maintain the page ranking in the search engine result pages. To be able to receive the best out of the google seo tactics you have to stay renovated with the latest updates in the market. This way you can also understand about the latest trends introduced that helps ranking much simpler than ever before, given that your efforts are same or even better compared to the former one. So be attentive and keep your eyes and ears open for new announcements regarding the seo updates from this tech giant. 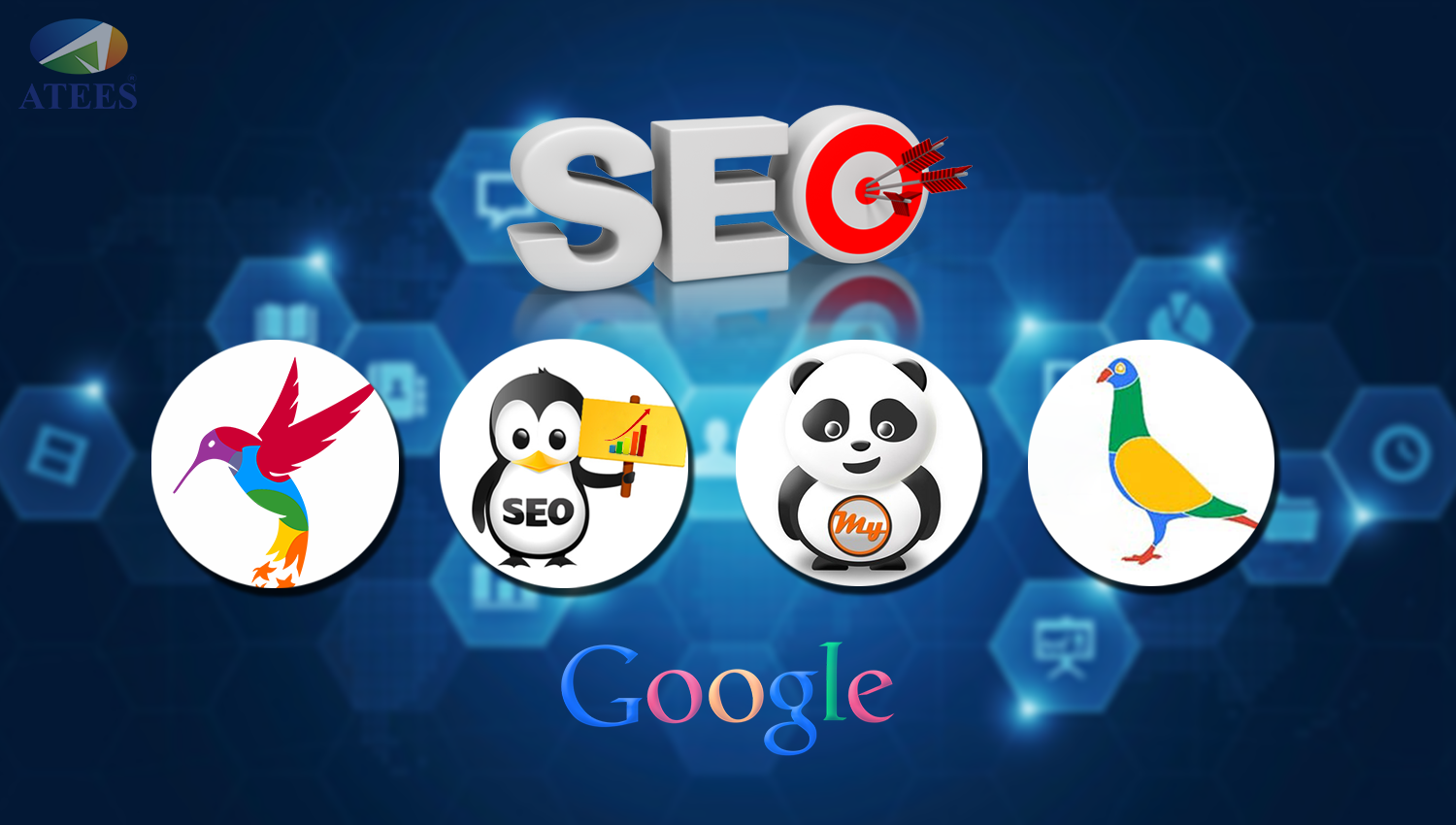 Algorithms are set of rules to be followed by a computer to retrieve an information from a list of data items. Search algorithms focus on detecting a specific term or line from a long queue of items shown up in the search engine result page. Google is the innovator in this field and new updates with enhanced features are essential for the intensifying the website. Web administrators need to have an exceptional knowledge on the upcoming and latest search algorithms introduced as they are the ones who keeps us updated on the web.

Google has been upgraded with enormous number of updates of prominent search algorithms which was utilized by the businesses across the globe which helped them merge with success. Following are the search algorithms to be viewed upon for latest seo updates in 2017 powered by google to ensure better ranking in search engine result pages.

Google has been using this update since August 2013 and has plenty of aspects that influenced the search engine results. It got its name for the reason being small and swift similar to the humming bird. It was introduced with an aim to clearly focus on the meaning of the term or phrase used rather than scanning on a particular keyword. This aims at matching the meaning of the word that the user search for and displays a more accurate results. Modernized features of new update are capable of showcasing some significant performance in keyword research. Graph facts are introduced for better search result on SERP and keyword stuffing can be easily recognized with this upgrade.

Google made open this update to the public on 12 April to hold the sites from spamming google search results. This technique seeks to lessen the search ranking of the website which make use of black hat seo strategy to tremendously boost the rankings. This is also applicable for sites that do not comply with google’s guidelines of seo. With the release of the new update they ensure strict action are set on websites using cunningness to effortlessly increase their position in the world wide web. Moreover they keep an eye on spamming websites that buy links or acquire it through linked networks to alter their stand.

Introduced Panda to the world of seo on February 2011. It provides a strong search filter capable of blocking websites with low quality content from being escalated to the top in search engine. One of the cons with panda is that it ignores the list already caught previously by the algorithm. Heuristic analysis is employed to get hold of poor content set of pages who may have escaped before. Renovating the site may deliver false positive to come into effect. Some important update features recently has brought about some serious changes in the algorithm. Same keywords are not allowed to be repeated in multiple pages. Panda gives way to new standard contents and avoids incoming of poor ones.

Launched on July 24, 2013 is yet another algorithm initiated to impart functional, relevant and precise search results that are more similar to the typical searching factors. Google expresses the fact that it refines their distance and parameters in a more optimal manner the user hopes for. It gives more preference to the local search results with this update, so this can be more beneficial for running small businesses confined to a limited area. Pigeon update can out turn google maps result too as this algorithm is entirely location specific and location matters here more than anything else. Optimization is to be controlled for proper functionality and paved way to more powerful domains.

An algorithm designed enabling compatibility with mobile devices was released on April 21, 2015 and they named it mobile friendly update. The name itself defines its purpose. Web searches with a mobile was made trouble free similar to to that of a desktop. This update is known by many names as the date on which this reform was put into effect was remarkable.

Mobilegeddon, mobilepocalyse, mobocalys are some of the names it is being called in the world of search engines. If you are onto work in a mobile page and want to know whether your page is considered by google, evaluate it with a mobile friendly testing tool. Latest mobile friendly seo updates have a mobile testing tool with API access made accessible to the end user’s and speed ranking factors are also implemented into mobile sites to make it faster.

Google’s Pay Day Update was acquainted in June 11,2013 targeted at removing the spammy queries such as payday loans and pornographics and other large spam databases. It also utilises similar tech used by the penguin update to punish the websites who are employing spammy methods for enhancing their rankings in the google search engine result pages. Often they makes use of black hat seo to accomplish their requirement and this algorithm terminates it from happening again. Currently Payday Loan 1.0, Payday Loan 2.0 and Payday Loan 3.0 are the latest releases in the market.

Google Pirate update is a filter formulated to halt sites with many copyrights violation reports from coming up in the search engine results. Again here the sites which are affected beforehand may flee from being caught but not unless they have resolved their issues. It may or may not release false positive results for those held previously. Latest pirate update penalizes websites holding a huge amount of violation breach reports. Removing a page from the index requires valid documents so deceiving activities cannot be carried out, which makes it the best option for medias and artists.

This update was launched in January 2012 with an aim to halt the websites filled with advertisements from spotting well in the rankings. This also is frequently updated in the server and sites that have erased ads can easily recover their lost position. Upgrades occur frequently and ad packed sites will be snatched again even though it was caught before. Page layout algorithm employed in the latest enhancements are just behind websites which are top heavy in advertisements. Same ad contained in a normal ratio announced by google are free from the top heavy penalty.

Exact Match Domain abbreviated as EMD is another filter introduced to prevent keywords that matches the requirement of the user yet being discarded because of the composition of site is of poor standard. This update was activated on September 2012. When it is revised the sites that have improved their quality will retrieve a good position and sites with poor content and those which have escaped the clutches before will have to suffer this algorithm. Notably false positive results may or may not get dispensed.